As technology advances and access to it becomes more prevalent across the globe, digital arts and the education of it is becoming a new medium for teachers and students alike. However, what many people don’t realise is that digital art has been with us for a lot longer than anyone thinks. In fact, one of the first notable computer art exhibitions actually dates back to 1965.

While technology will always be developing, so will digital art. In recent years, some digital artists have emerged as their exploration of digital media has become their main medium of expression. Let’s take a closer look at some of the most promising digital artists out there.

Sarah Ludy has produced some of the most interesting work in the art industry of late. Her artworks take the form of sculptures, videos, animations and audio-visual experiences. In her work, she seems to be able to find the links and relationships between the physical and virtual worlds. Some of her most recent creations explore virtual realities.

Also known as Hal Lasko, The Pixel Painter was given a computer loaded with Microsoft Paint on his 85th birthday. He had been a lifelong artist by that stage, but the older he got, the more his vision deteriorated. When he was given his computer, he was given a new lease on life, and on his art. He went on to create a multitude of incredible works on the simplest of all computer programs, Microsoft Paint. A genre that always seems to appear regardless of the period of time in which the art is created is that of surrealism. Erik Johansson is perhaps the most famous modern artist to specialise in the genre through the medium of photography. In a nutshell, what this artist strives to do is capture the impossible. However, none of the final images that he creates make use of computer-generated pictures. Every single one of his creations is a combination of pictures that he has taken himself. Because of the time and effort that goes into creating one of his pieces, the artist is only able to complete between six and eight works every year.

Jason Naylor provides a refreshing take on modern art, and his work is as exciting as betting on aces. The artist’s work is characterised by his use of bright colours against black backgrounds. All of his work is focused on spreading kindness and positivity. His work can be seen both in digital and traditional mediums, and typography remains the central element in his work. He has previously spoken out about just how much technology has impacted his workflow and his ability to bring fresh ideas to life.

Sean Charmatz is perhaps best known for his work as a writer, artist, and storyboard director on Spongebob Squarepants. He has also worked for companies like Disney and Dreamworks, but more recently, has focused his efforts on making everyday objects appear as though they have come to life. These more recent works can be accessed via his Instagram channel. 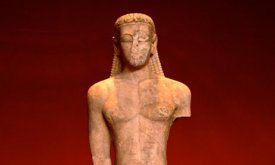 The Most Famous Artists from Ancient Greece 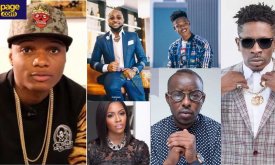 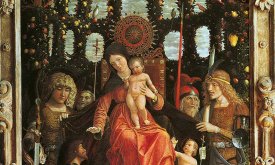