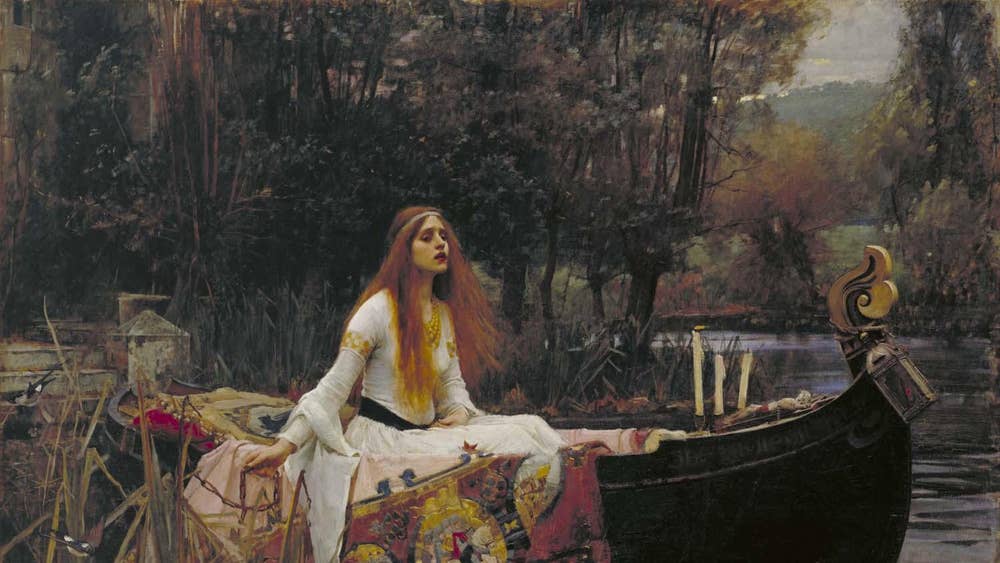 Founded in 1848 by several artists, the Pre-Raphaelite Brotherhood rejected many of the artistic principles that were fashionable at the time, especially the ‘lax’ approach of Sir Joshua Reynolds. The group preferred the complex composition, intricate detail, and vibrant colours used by earlier artists, and this approach is evident in the brotherhood’s important artworks.

Love them or hate them, there is no escaping the fact that the artworks of Dante Gabriel Rossetti, William Holman Hunt, John Everett Millais, and others made some bold statements.

Arguably the most famous of all Pre-Raphaelite paintings, John Everett Millais’ Ophelia was a work of true dedication. The then 22-year-old artist spent months painting the background of the stream bank, reeds, tree branches, flowers, and even a water rat.

When it came to painting Ophelia, the young woman who goes mad and drowns after being rejected by Hamlet in the Shakespearian tragedy, Millais worked with model Elizabeth Siddall. She spent many hours posing in a water-filled bathtub heated only by candles. The finished painting crackles with drama and romance while maintaining incredible realism. According to some players, there are real money pokies in Australia that capture a similar mood.

A fine example of mediaeval inspiration in Pre-Raphaelite art, Millais’ Christ In The House Of His Parents is also one of the most controversial paintings to emerge from the Brotherhood. The painting drew harsh criticism because of its attention to detail and because of its medievalism.

The writer Charles Dickens hated it. Dickens said the Mary figure was ugly, and that the holy family looked like alcoholics in a slum. He and other critics went as far as to describe the painting as a blasphemy.

Also known as the Annunciation, Ecce Ancilla Domini (Behold The Handmaid Of The Lord) by Dante Gabriel Rossetti still mesmerises viewers almost 200 years after it was painted. A popular subject in art for more than 1000 years, paintings of the archangel’s appearance to the Virgin Mary usually convey devotion and reverence.

However, whereas many other artists might have portrayed the mother of Christ as a goddess, Rossetti chose to focus on Mary’s frail humanity and her uncertainty. The artwork offers a poignant perspective on a familiar scene.

Commissioned by William Knox D’Arcy in 1890, the San Graal or Holy Grail tapestries were the work of several Pre-Raphaelites. Edward Burne-Jones was responsible for the overall design, while John Henry Dearle designed the floral foregrounds and backgrounds, and William Morris designed the heraldry.

There are six tapestries in the series. They include the Knights Of The Round Table Summoned To The Quest By The Strange Damsel, the Arming And Departure Of The Knights, the Failure Of Sir Launcelot To Enter The Chapel Of The Holy Grail, the Failure Of Sir Gawaine: Sir Gawaine And Sir Uwaine At The Ruined Chapel, the Ship, the Attainment: The Vision Of The Holy Grail To Sir Galahad, Sir Bors, and Sir Perceval.

Most Expensive Art Around The World