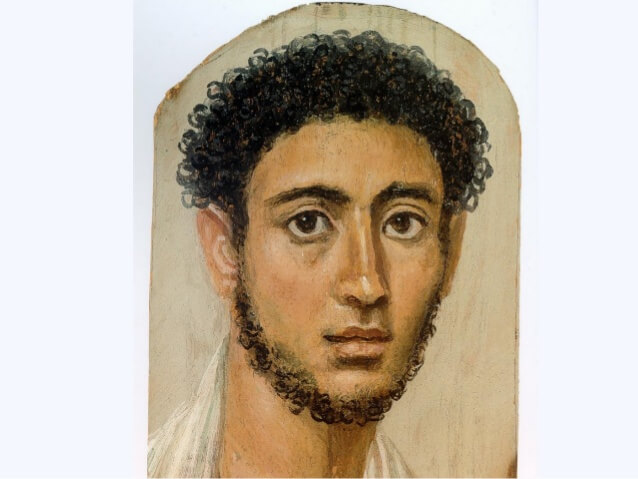 The question of what it might feel like to meet someone from ancient Egypt or Rome face to face could almost be answered by looking at the Fayum mummy portraits. Discovered in the Egyptian city of the same name in the 1800s, they fascinated viewers with their strange realism.

They also mystified experts, who wanted desperately to explain the secrets behind the ancient works of art.

Why the Portraits Are Important

The Fayum mummy portraits include more than 1000 paintings of men, women, and children that date back to somewhere between 100-250 C.E. Each painting was attached to a mummy.

One of the biggest reasons the portraits are important is numerous experts think those works are the forerunners of the West’s painting tradition. There are no earlier examples of art in which human subjects are painted in lifelike way that also emphasises their individuality.

What experts did not know about the portraits included the artist’s identity, whether those depicted were alive or dead when the paintings were made, what pigments and other materials were used, and where those supplies were obtained. In 2003, conservator Marie Svoboda started looking for the answers in the same way that players look for the best 10 NZ online pokies because they know they can win big.

Svoboda initially examined the 16 Fayum mummy portraits at her place of work, the Getty Museum in Los Angeles. She had the idea of an international research project that would involve multiple museums, universities, and other institutions.

Named Ancient Panel Paintings – Examination, Analysis and Research (APPEAR), it began officially in 2013. Since then, research on more than 285 paintings has been conducted and contributed by more than 40 institutions.

What Svoboda Found Out

APPEAR’s work has uncovered a considerable amount of information about the Fayum mummy portraits. The answers to some of the mysteries is more fascinating than Svoboda expected.

Most of the wood used to fashion the panels on which the portraits were painted is not indigenous to Egypt. It includes imported hardwoods such as cedar, citrus, cypress, fig, linden, lime, oak, and sycamore.

The indigo pigment seems to have been mass produced, and it may even have been leftovers from the Egyptian dyeing industry. The latter was indicated by the presence of textile fibres found by researchers. The red pigment used was of southern Spanish origin.

The Fayum mummy portraits of exceptionally wealthy citizens and nobles were embellished with encaustic and gold leaf. Those in lower ranks of the already privileged class of people who could afford funerary paintings had to be content with cheaper materials.

APPEAR even went as far as performing CT scans on some of the few mummies to which portraits were still attached. They revealed that the subjects’ ages at their time of death matched the ages at which they appeared in their portraits.

Research continues to answer questions and to encounter new puzzles to solve. Still, even if every last detail of the physical paintings is explained by science, the characters of their subjects will remain a mystery. 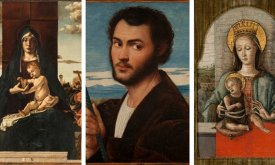 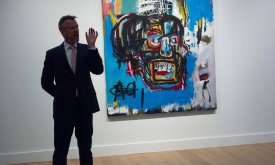 Most Expensive Art Around The World 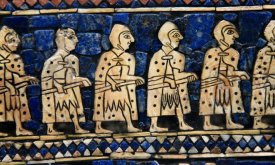 The Ancient Sumerians And Their Art